You are invited to a

50th Anniversary of the WSBC Organ

The third program in the Organ Anniversary series will be a recital by Tom Bloom, Church Organist.  The program has been constructed to show off the capabilities of the instrument as thoroughly as possible and will include works from the 16th century to the present, include music by composers from Canada, England, Italy, Germany, Mexico, and the United States. 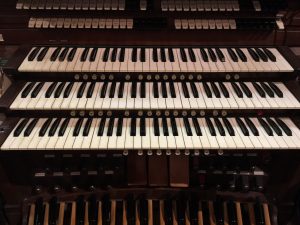